Amazon has new summer sales on tap this year amid rumors that it has pushed back Prime Day.

The Seattle-based e-tailer told FN it plans to hold a fashion summer sales event later this month. Select sellers have been invited to participate, and the deals are expected to start June 22 and last for between one week and 10 days.

“The Big Style Sale is slated to take place later this month and will include seasonally-relevant deals from both established and smaller fashion brands. We are delighted to help brands connect with our vast global customer base for this event,” Amazon told FN.

The summer sales event will likely allow some sellers to unload excess inventory — a problem that many retailers have reported during the coronavirus crisis. As of now, it’s unclear what items will be included in the sale and whether deals will be available to Prime members only.

The big style sale represents a shift in Amazon’s approach to summer savings. The company typically holds its Prime Day shopping extravaganza over a two-day period in mid-July, but it has been reported that the retailer plans to move the event to September after experiencing a strain on warehouse operations amid the coronavirus outbreak. In 2019, Amazon said it sold 175 million items during its 48-hour “parade of epic deals.” While the e-commerce giant did not reveal the total dollar amount that Prime Day brought in, Amazon said it broke records for sales of its own devices such as the Echo Dot, Fire tablet and Fire TV Stick, drawing in participants from 18 countries. The e-tailer said it sold $2 billion in product from small and medium-size businesses, almost double the figure from the year before.

While the fashion category experienced slower sales due to the pandemic, Amazon saw a surge in some categories as customers stocked up on essential goods such as groceries and household staples. The company delayed shipments of products outside of those categories through mid-May, which is thought to have hurt some purveyors of nonessentials.

Best offers on clothing from Nike, Asos, H&M and more

Sat Jun 6 , 2020
The coronavirus pandemic has meant all non-essential businesses have been closed since lockdown began on 23 March. It’s had a detrimental impact on fashion shops across the UK. B2B magazine, Drapers reported in-store sales have dropped 84 per cent compared to 2019, and – despite online grocery sales surging – […] 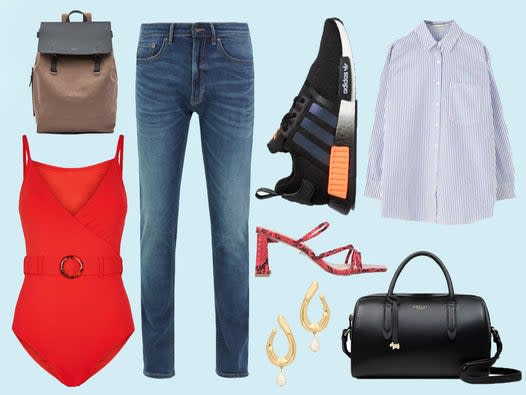